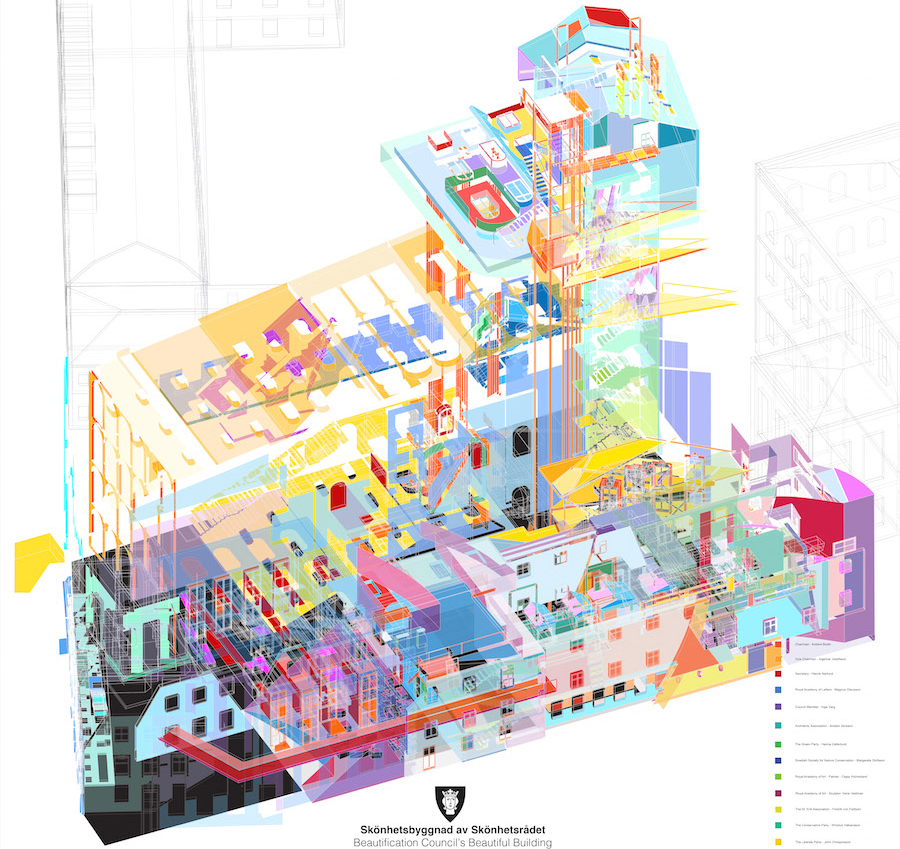 The Stockholm’s Council of Beautification (Stockholms Skönhetsrådet), established in 1919, is a relatively independent municipal organ which advises Stockholm’s planning authority on building proposals. The council has thirteen members. Twelve of the members must be appointed from The National Property Board, the St.Erik Association, the Society of Nature Conservation, the Academy of Fine Arts (one painter and one sculptor), The Swedish Academy of Sciences, the Academy of History and Antiquities, the Swedish Association of Architects, and four major political parties (Social Democrats Party, Liberal Party , Moderate Party and Green Party). The thirteenth member is appointed by the other twelve members. These members meet twice a month when all new proposals in Stockholm would be presented to them so they intervene the city’s architecture by rejecting some proposals and suggesting detailed alterations to others. Most of their advices are then accepted by the planning authority. 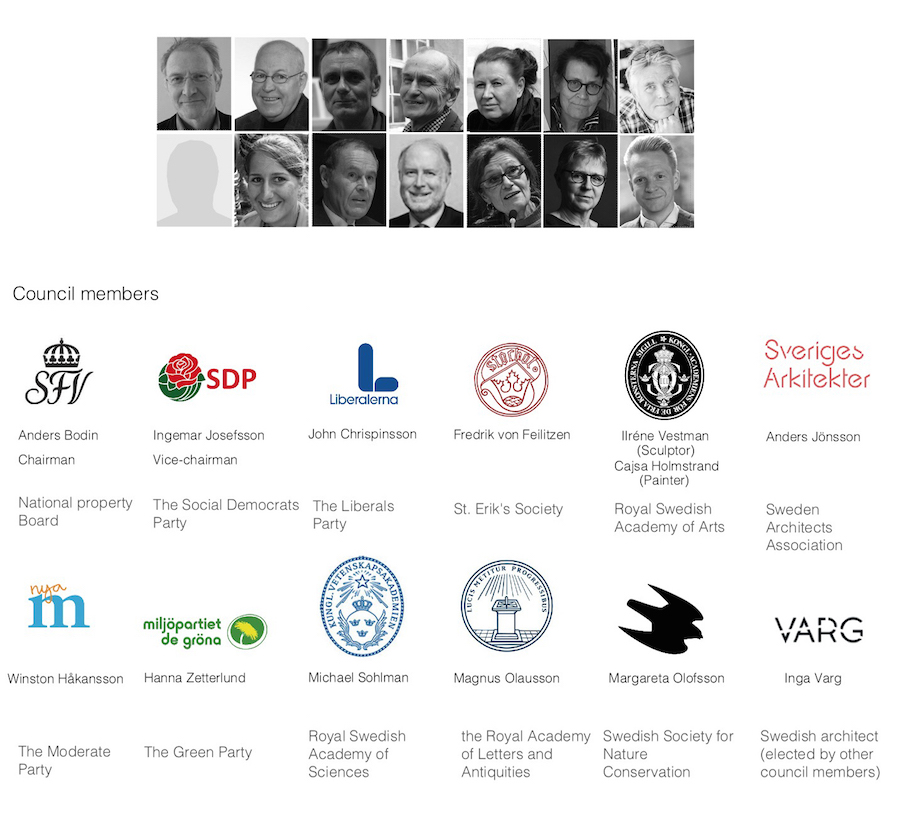 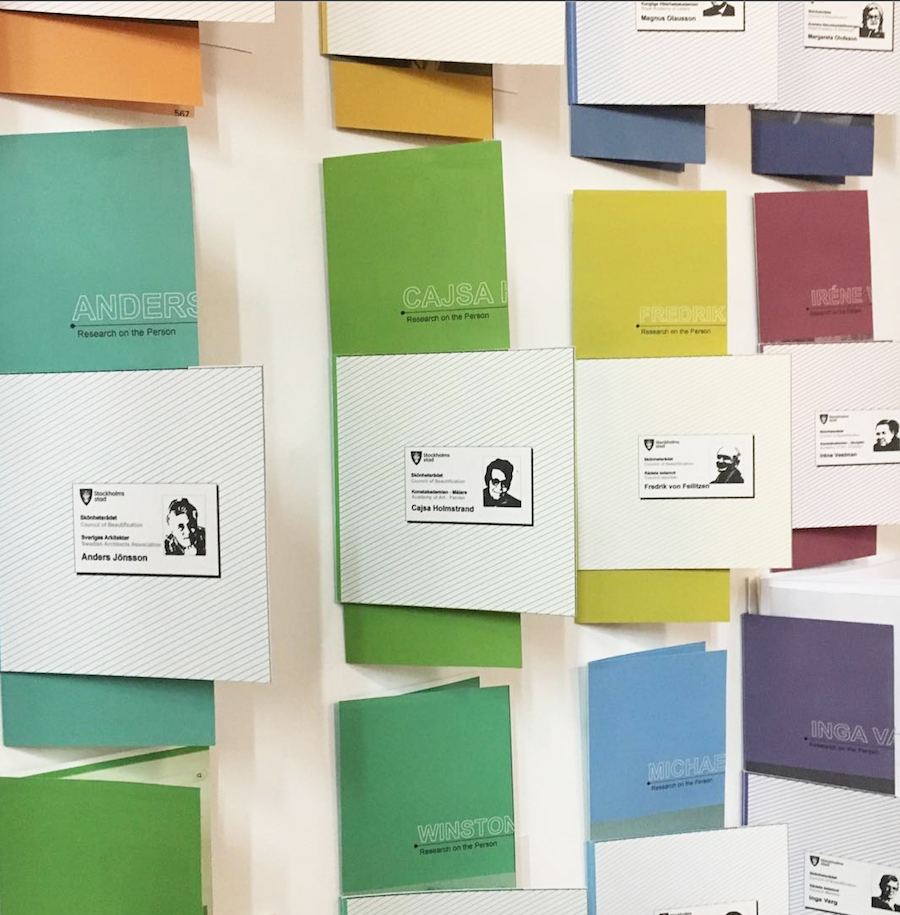 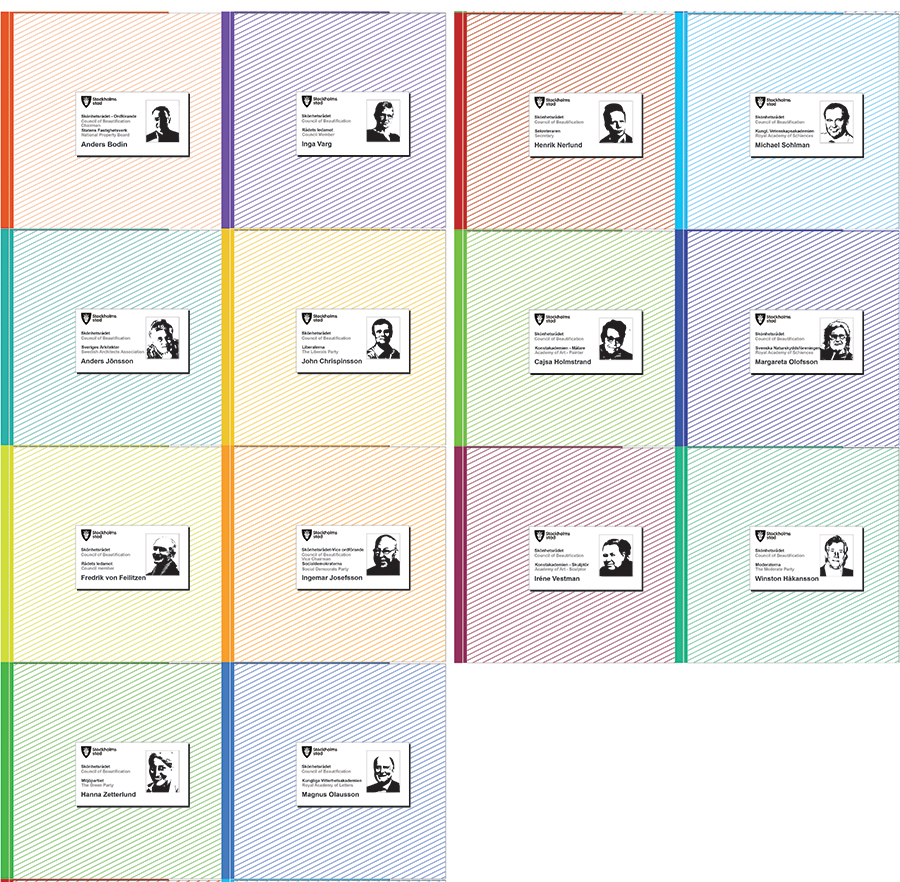 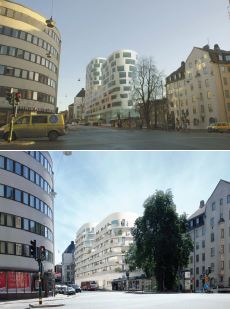 Studying these council members as individuals with various ages, educational backgrounds, career paths and political positions is like peeking through thirteen windows to reveal facets of the city of Stockholm. Different members have different priorities and preferences so quite unexpected crashes or hugs could occur during their meetings. During the author’s interview in Stockholm during her field trip with the Council’s secretary, Henrik Nerlund, he mentioned that in terms of design review they “do not have a set of rules to follow” yet they are urging the planning authority to create relevant regulations. 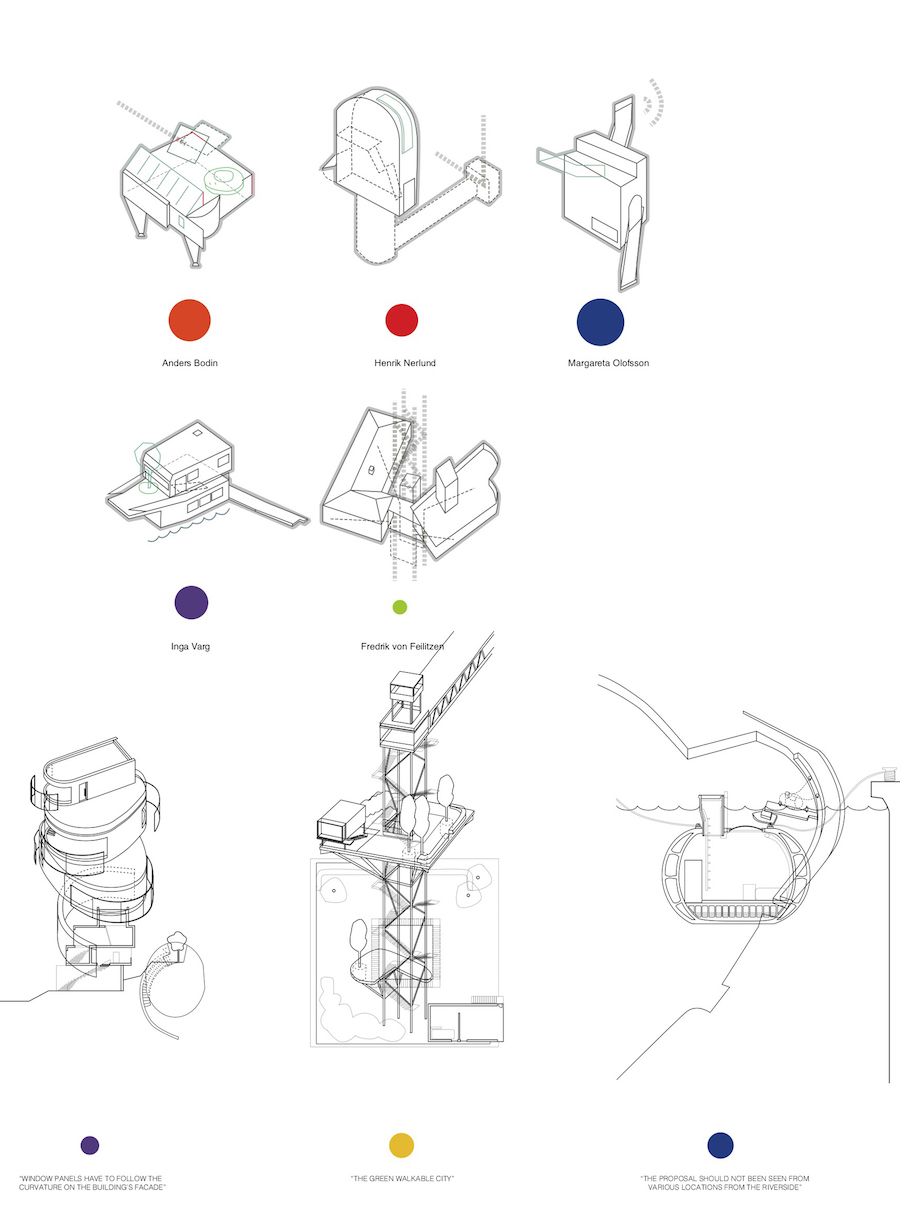 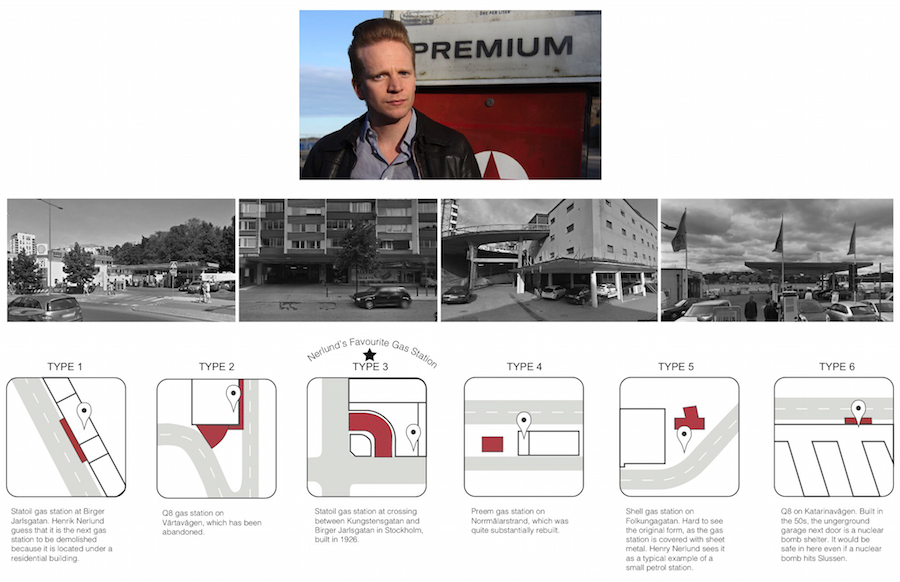 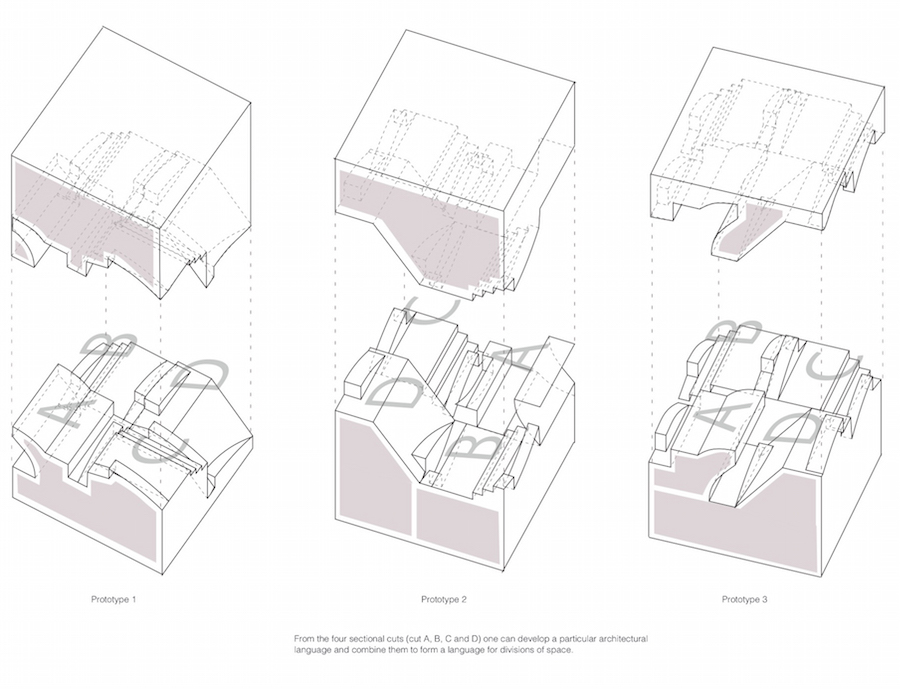 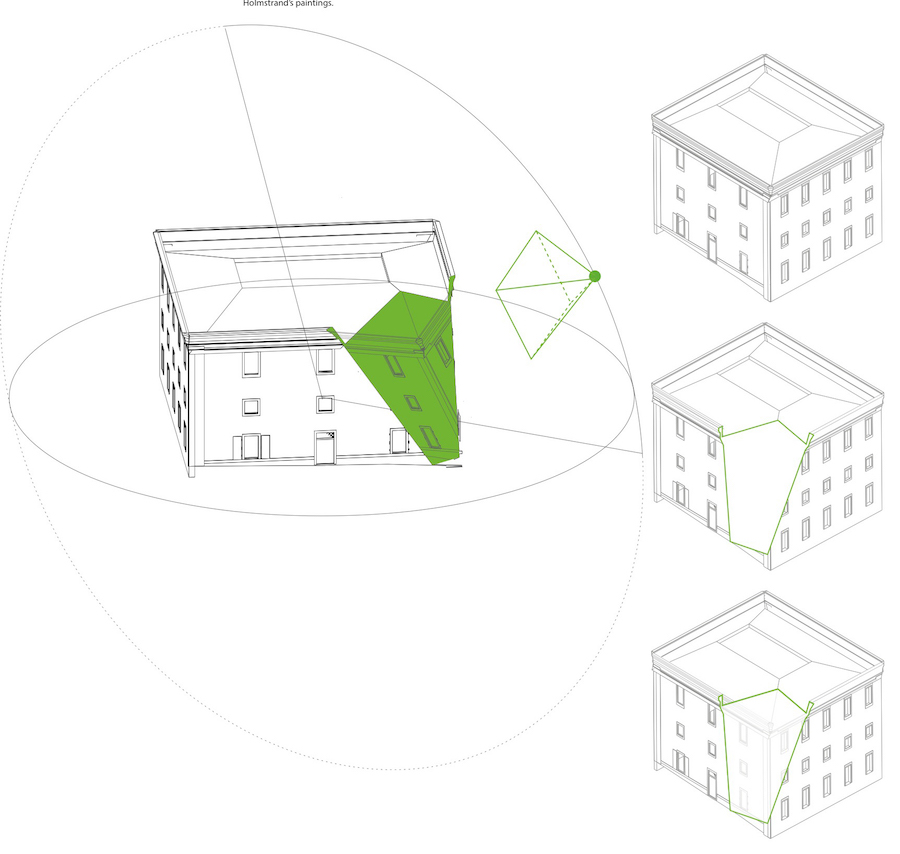 Based on above observations, this project aims to challenge the arbitrary nature of this decision-making system but at the same time celebrate the personal traits of these members in a rather playful manner by proposing a “beautiful” building to provide meeting and working space for the Beautification Council members. 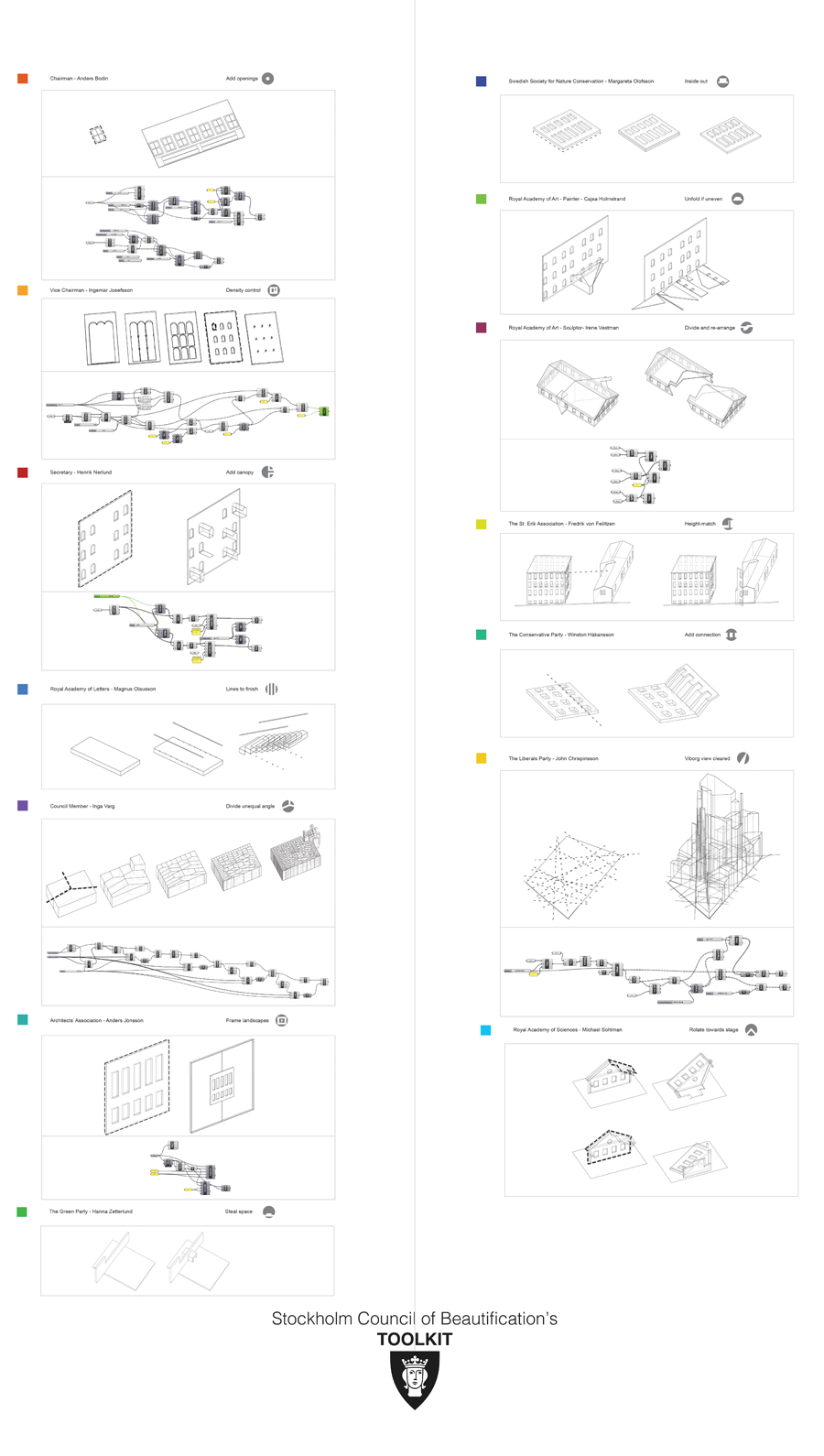 In order to achieve above aim, one rule is made for each of the members after observing their personal preference of shape, form or colour. These rules could be translated into rhino and grasshopper commands and applied to transform or extend existing building structures. These rules are applied to existing site buildings one after another as a metaphoric representation of their meeting during which they take turns to give advice. Each member has a different view towards this building, hence the “framed views” of the building.  The outcome of this process is controlled yet unexpected, manifesting the Council’s unique influence on Stockholm’s urban form. 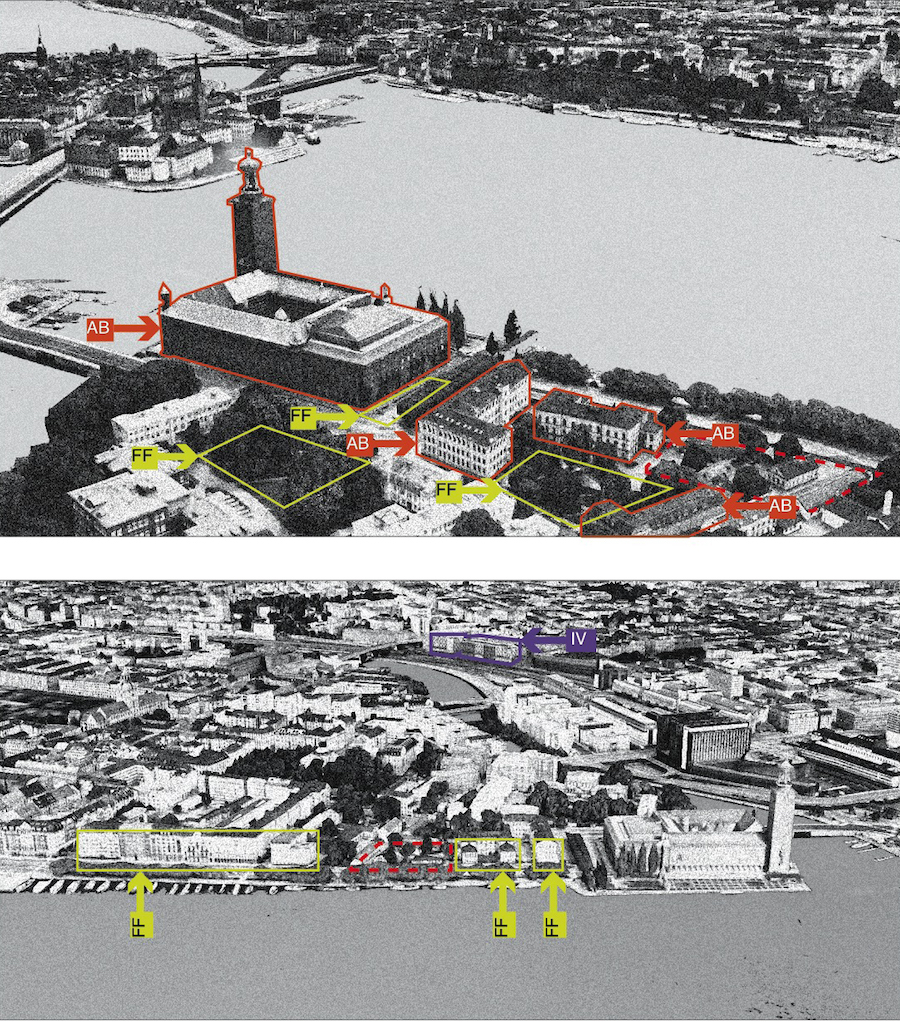 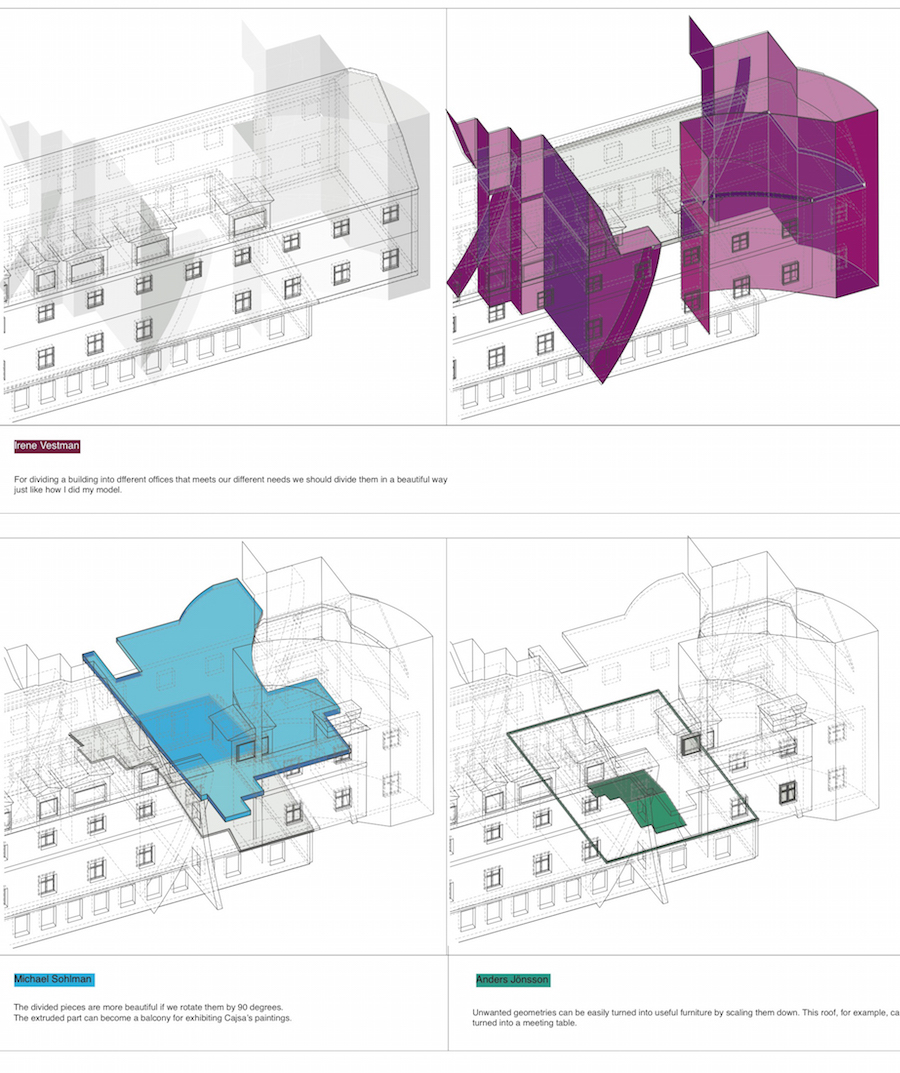 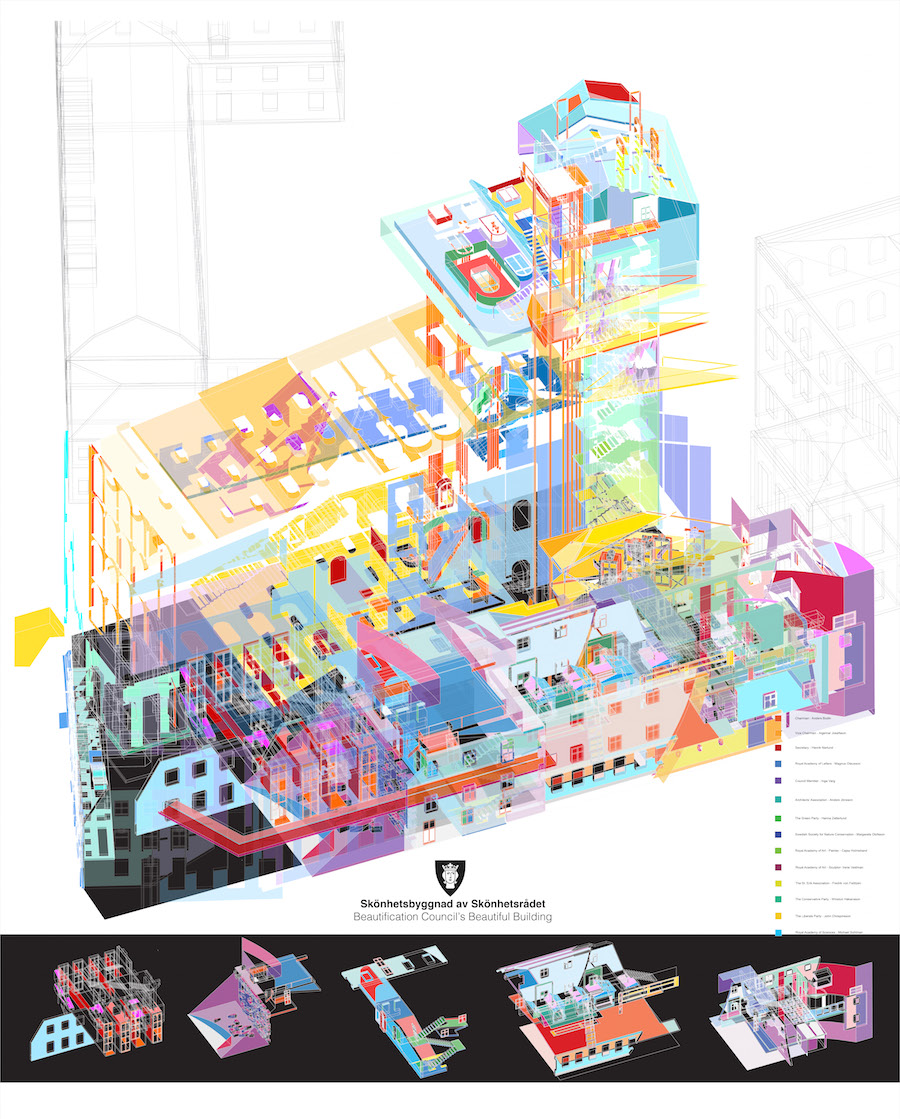 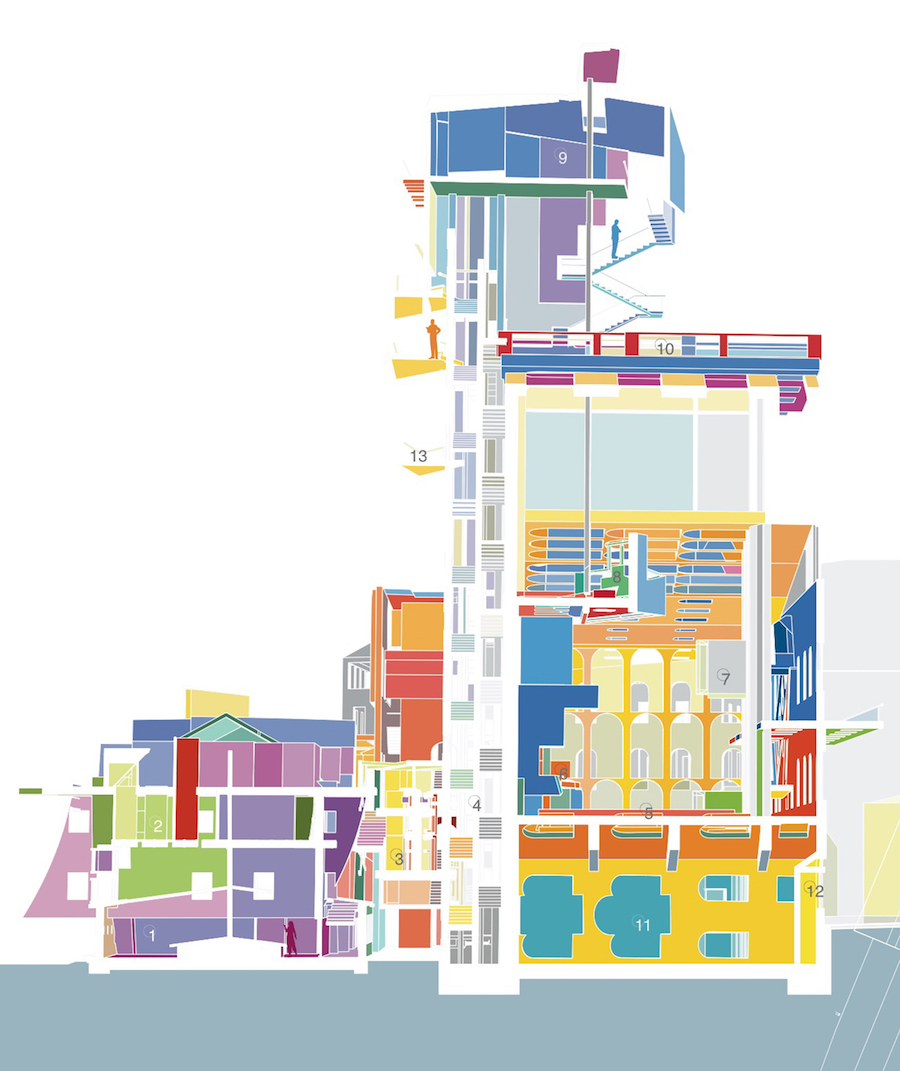 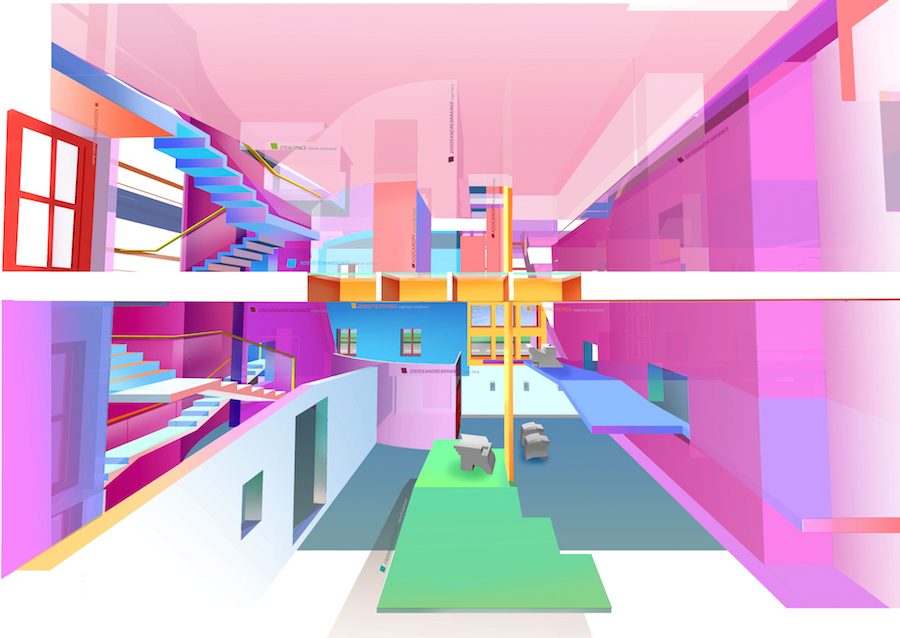 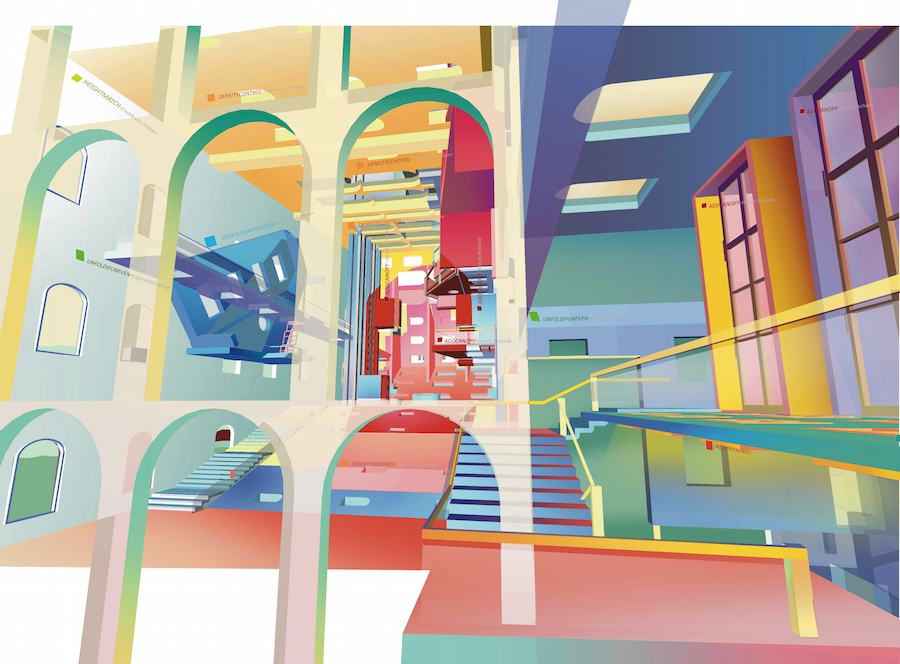 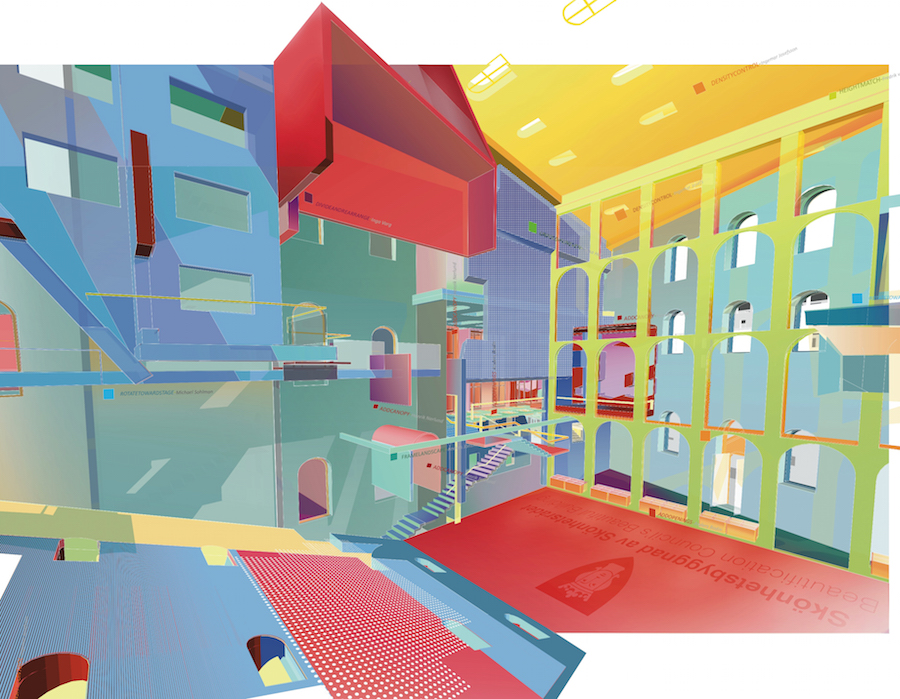 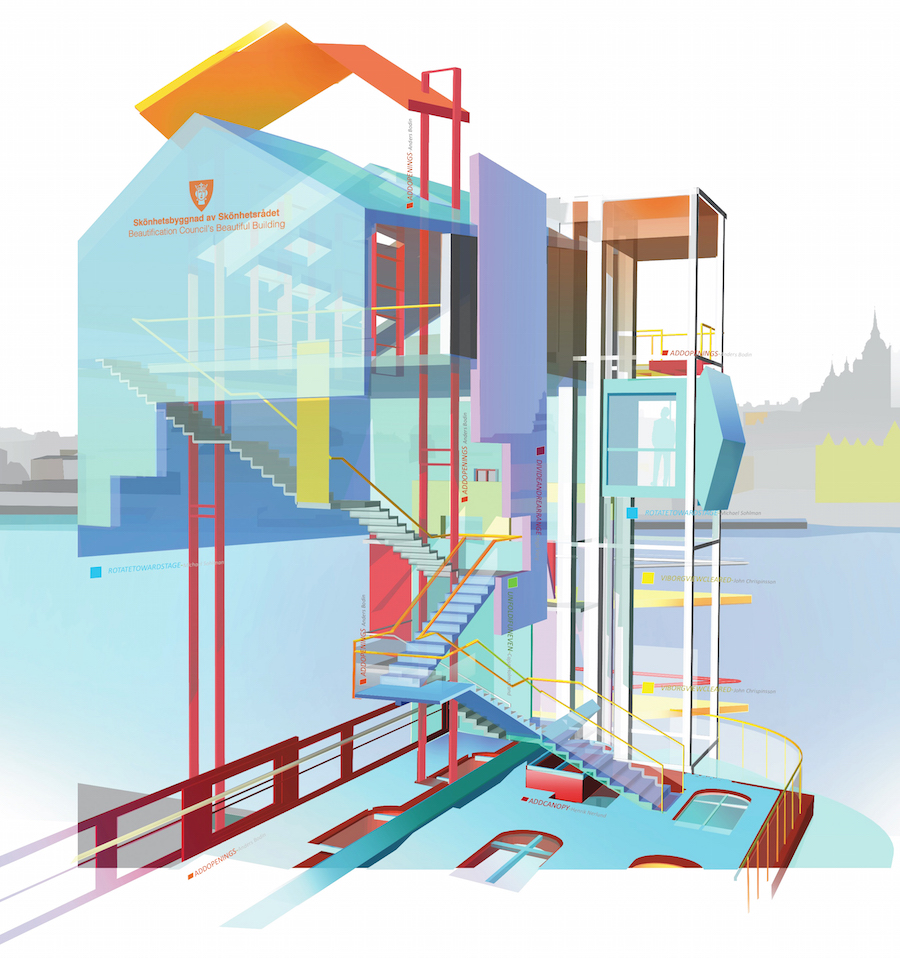